It’s a kind of magic

I always knew I’d eventually regret my decision to mimic Phil Lewis’ original paint-job on the AHQ heroes. You see, while the three other members of the party sport relatively simple paint-schemes, the wizard very much doesn’t – not by a long shot. There are flames, stars and multiple white-and-black-patterned borders – all of which have to be painted free-hand.

So, how did it turn out? See for yourself: 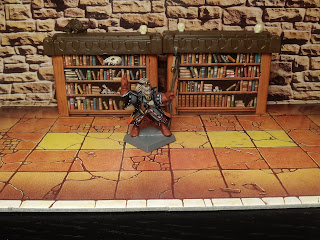 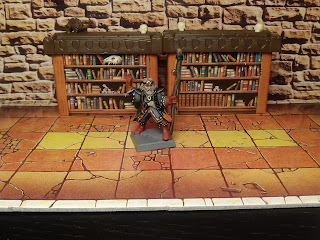 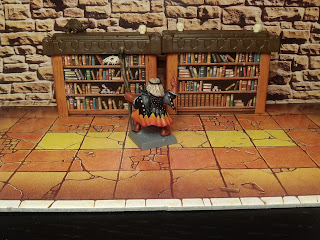 I’m actually quite proud of this little guy. Needless to say, I spent way longer on this figure than any of the others, but that’s ok. The paint-job is much rougher than Phil’s, but I think it’s a reasonable approximation all the same.

I initially attempted to do a wet-blend for the flame effect, but it didn’t turn out as well as I’d hoped (I obviously still haven’t quite got the hang of the technique), so I ended up doing a more traditional layering transition from yellow to red.

I’m becoming very fond of Phil’s way of painting wood (also seen on the elf’s bow), where he uses a very high-contrast drybrush on the protruding detail. It provides a very good effect for relatively little work, which is just what I need.

Croaker
Posted by Croaker at 09:08