I’m still not painting, though I can slowly feel myself getting a better hold on things. Why, just last evening I actually considered sitting down at the paint-station, instead of simply going to bed, which is a major improvement. Maybe this week…

In place of painting, my free time has mostly been spent on the internet, which led me to a pleasant discovery. If you recall, back when I wrote about starting a dwarf army, I mentioned that I’d had trouble figuring out the correct point cost for Prince Ulther’s Dragon Company, as I’d been unable to get hold of a high-resolution image of the box where it’s listed.

Well, I finally found a better photo – and that’s where things get weird. 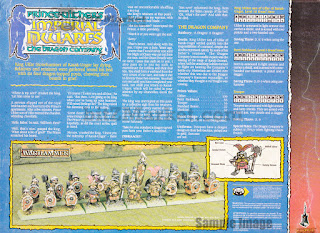 You see, this is clearly 3rd edition rules, whereas the original White Dwarf article is from the days of 2nd Ed. That explains the apparent difference in points between my calculation and the box (I haven’t done the math using 3rd Ed rules, but I’m prepared to believe it, since weapons and armor generally got more expensive IIRC).

It does make me wonder how the dragon company was originally packaged, since the box logically must be a repackaging. That’s one of the problems of not actually having been part of the hobby back then – I simply don’t know. 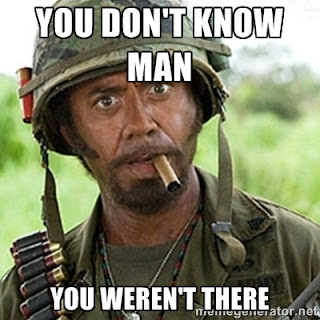 Croaker
Posted by Croaker at 11:12