As I said in my first post, one of the main points of this blog is to motivate me to actually paint something. To provide me with even more inspiration, and in keeping with oldhammer tradition, I thought I’d device some long-term goals for my collecting and painting. 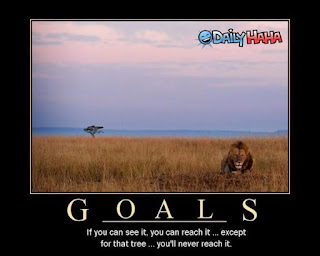 So, in order of how likely I am to actually accomplish them:

Very likely – Collect and paint a 3rd edition Empire army.
This one is reasonably easy – at least if you aren’t puritanical about it. The way I see it, the 3rd Ed. Empire (and Bretonnian) army was largely designed around Citadel’s historical range. Luckily for me, most of those miniatures are still produced by Wargames Foundry, so they are reasonably easy (and cheap) to get hold of. It won’t be entirely “legit”, but in the interest of not going broke, it’s good enough for me.
I’ll supplement with figures from the various Fighter and Militia ranges and the 1992 Empire range. 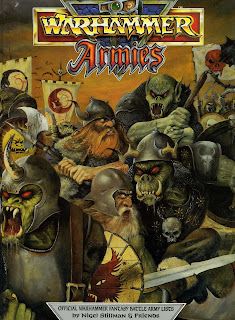 Quite likely, but will take some time – Collect and paint a set of figures for Advanced Heroquest.
Due to the open-ended nature of the game, you could theoretically use an infinite number of figures, so I going to limit myself to: “enough monsters to play most of the published adventures without proxying too much” - preferably using the figures depicted in the rules. A few of these are quite rare/expensive, but nothing too extreme. 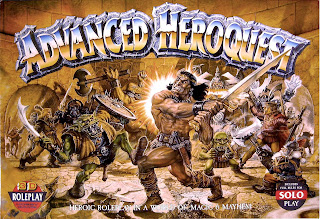 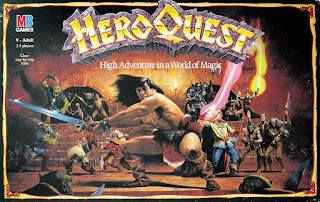 This one is quite easy since I already have all the components, so it’s only a matter of getting around to painting everything. There is only one problem: I actually, kinda, like the “look” of the unpainted game. I like the simplicity, and, let’s be honest, most of the figures aren’t exactly masterpieces, which becomes more apparent when they get painted.
I do have a spare game that I could leave unpainted, but they fetch good prices on eBay, and I could use the money to buy something else… We’ll see.

Keep dreaming buddy – Collect and paint the Enemy Within sets.
As I may have indicated, I’m a big fan of the “Enemy Within” WFRP campaign, so the ultimate goal for me would naturally be to collect the sets that were released for Shadows over Bögenhafen and Death on the Reik.
This will be a tough one. Not only are several of these figures very rare and/or extremely expensive, but I also need quite a lot of them (30 crossbowmen? Yikes!).
I’ll probably have to find some reasonable proxies for many of the troops, but I’ll at least insist on having one of each figure. 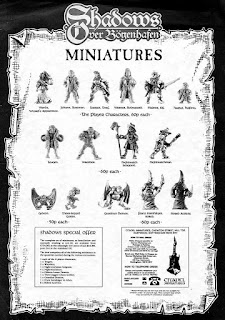 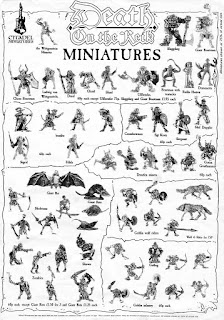 And that’s my four initial long-term goals. I’ll go into more detail on each in later posts.