All right, all right! I’ll do it! – Pantheon of Chaos

So, I finally broke down and pledged for the Pantheon of Chaos kickstarter, with less than 48 hours to spare.

If you don’t know what it is, I suggest you head over here and check it out. 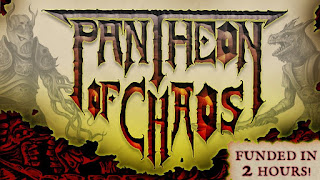 I’ve never really been as much of a Chaos-nutter as the rest of the Oldhammer community seems to be, but it’s likely because I only got into Warhammer in the nineties – i.e. after Chaos got boring. Even I must admit that the older stuff (and now the new, unofficial, stuff as well) is pretty cool.

Email ThisBlogThis!Share to TwitterShare to FacebookShare to Pinterest
Labels: Kickstarter, Pantheon of Chaos