We return to our party of adventurers as they come face to face with the guardians of the stairs to the third, and final, level of the dungeon.

Before the heroes had a chance to act, the skaven charged but were unable to push past Croaker who had taken up position in the doorway. 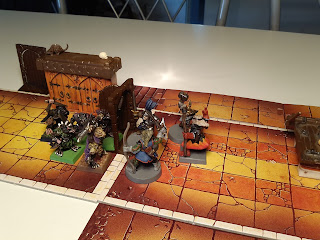 Chanting an incantation, Hans summoned a scorching ball of fire over the ratman, killing one and severely wounding three others 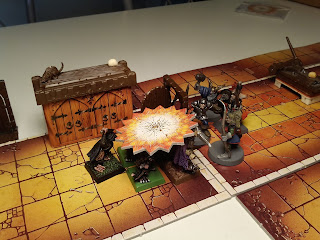 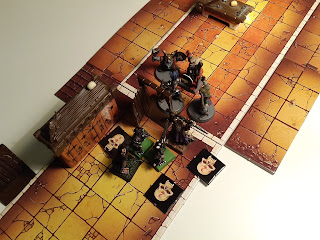 Ellandiel shot an arrow at one of them, killing it, and the party as a whole backed up a step, preparing to receive another charge.

Just then, the elf heard the tiniest noise from behind. Too late he spun around to see two skaven (a warrior and a champion) who had managed to sneak up on the adventurer during the battle (When playing by the solo AHQ rules, you roll a die each turn to see how the monsters behave. A roll of one means that a group of “wandering monsters” appears, which is what happened here).

The newly arrived rats threw themselves at Ellandiel and Hans. The poorly armored elf and wizard only dodged the onslaught by a hair’s breadth (having to spend a point of fate each). 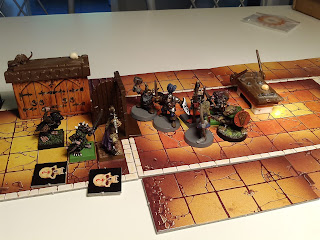 The warriors to the front were alerted by their companions' cry for help. Allum ran (for a certain value of “running”, considering his movement value of two) to their aid, but Croaker had more than enough on his hands as the skaven warlord attacked him in hand-to-hand combat. The two traded blows but were unable to find a gap in each other’s defenses.

The warlord tried to circle around Croaker, to attack him in the back, but was cut down before it could get there. Meanwhile, Allum killed a skaven champion as Hans and Ellandiel engaged the remaining warrior and took it down over two rounds of furious mêlée. 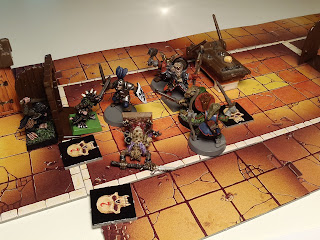 At his point, it was mostly a matter of cleaning up. Ellandiel shot the wounded champion while Croaker took the Night Runner down. As it lay on the floor, he noticed that it had been wielding a strangely glowing sword – but not the evil looking sort he’d come to associate with the skaven. This seemed to be of dwarven make. Carefully, the warrior picked it up, and sensing no evil presence he decided to keep it (it was, in fact, a magic sword, +1 Ws. Quite a find!). 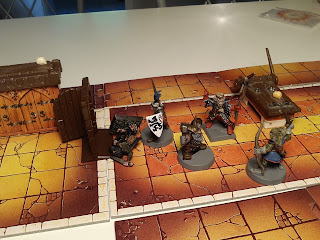 The heroes quickly looted the room, finding some more gold, and descended the stairs. 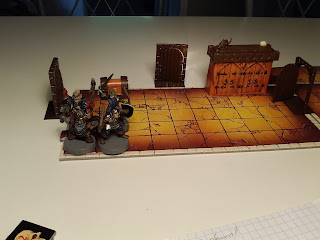 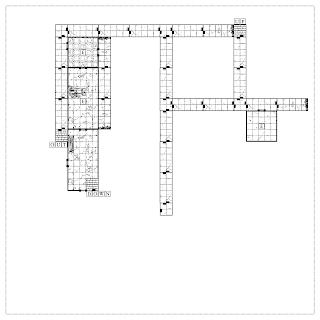 The final map of the second level

At the bottom, they found another set of very dark and very empty corridors. Warily, the heroes wandered off, away from the stairs, initially finding nothing but more corridors. 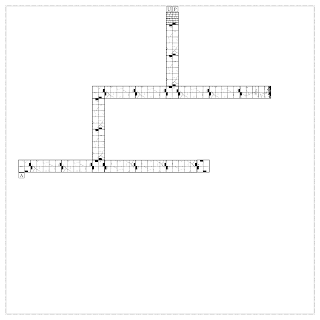 I ran out of space on the Heroscribe-map, so the map will continue from the "A" marking


Eventually, they rounded a corner and came up against another skaven patrol. Emboldened by their previous success Croak and Allum charged. 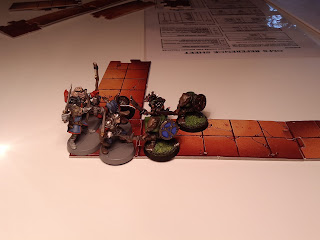 These skaven, however, proved to be a bigger challenge than usual. Perhaps aided by confidence from fighting so deep underground, the ratmen stood their ground and then counter-attacked aggressively. Allum was beaten to the ground and only escaped being skewered by rolling away from a wild stab at the last second. Visibly shaken, the dwarf regained his feet just as Croaker and Ellandiel slew the last member of the patrol.

Up to this point things had gone so well that I must admit I’d almost gotten a bit bored. That certainly changes when my heroes not only initially failed to take down a small group of wandering skaven, but those skaven then caused two wounds on Allum – in two consecutive rounds. This meant that I had to use both the dwarf’s fate points to save him, so the next time this happened, he’d be dead.

I was now faced with the choice of whether to play it safe, and go back to town, or to press on. In the end, I decided to risk moving forward – at least until I’d found some d*amn rooms!

With new-found care the party moved on. As they rounded the next corner, their tenacity was rewarded as they not only found a door (finally), but also a flight of stairs leading out of the dungeon. How lucky can you be! 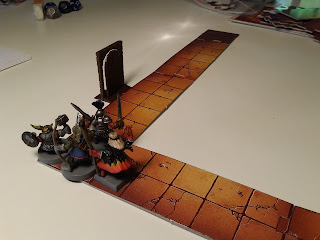 Encouraged, they opened the door to a small room containing nothing except for another door which they opened to find a large group of skaven on the other side. 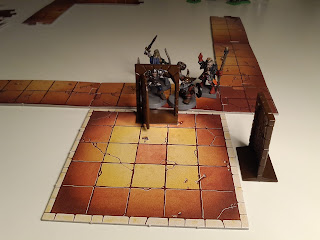 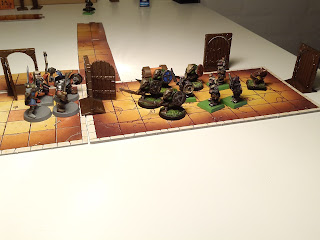 Before they could act, a small ratman at the back of the group disappeared through a door, screeching: “Come-come quick-quick! Man-things here-here!” 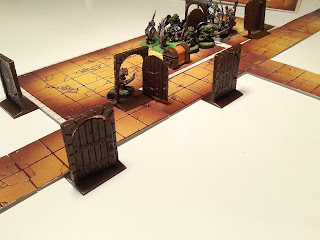 There was nothing the heroes could do, as the rest of the skaven surged forward to block the path forward.

Hans summoned a magic fireball to blast the rats while Croaker and Allum engaged them in hand-to-hand combat and Ellandiel fired arrows over the warriors’ shoulders. 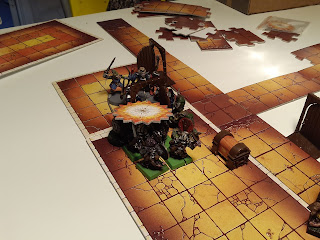 While the heroes fought the first group, the sentry opened a door – and found another lair filled with skaven, as well as a second sentry! 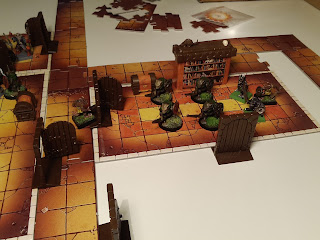 The two sentries then ran to a second door, which opened to reveal the Quest room, along with the warlord and its attending bodyguards!! 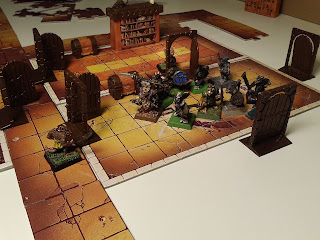 These two new groups of skaven surged forward, threatening to drown the heroes in a tide of fur and teeth... 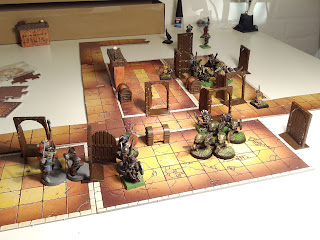 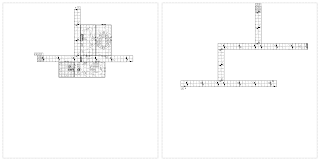 We’ll leave things here while I ponder whether to leg it (boring but safe) or try to end things now and risk losing my entire party.


Croaker (I’ll probably stay, since I’m not really playing this game to be “boring but safe”)
Posted by Croaker at 12:45