Since the baby started going to sleep a little earlier in the evening, I finally had the chance to get caught up with the rest of the internet (at least the small part of it that I frequent) by watching Westworld with the wife.

It’s a great show, but it had the unfortunate side-effect of really making me want a western-themed set of terrain for Malifaux.

In the end I simply couldn’t resist the temptation, so I went to TTCombat’s Wild West section and went to town (pun intented).

£50 and a few of evenings of cutting and gluing later I arrived at this: 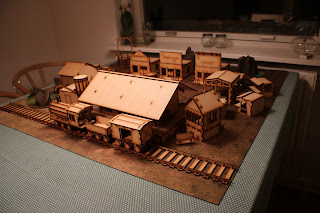 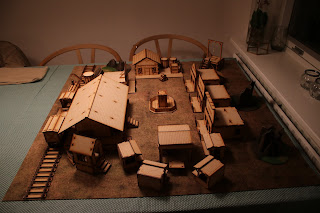 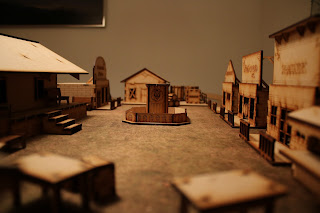 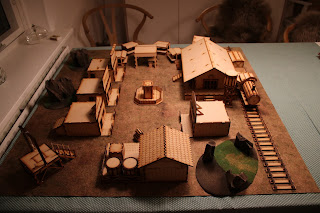 I haven’t actually played using this terrain, but I really wanted to see how it would look in action. It’s a strangely calming process, just setting terrain on a table, so now I guess I at least know why people get into the whole model-train thing.

Croaker
Posted by Croaker at 11:46