After last week, I was determined to make some headway into my pile of unpainted miniatures, and as I’d like to get my ranger unit assembled, I decided to paint another batch of troopers. To mix things up a bit, I also picked up another three clanrats, as I’ve found them to be wonderfully simple and, dare I say, stress-relieving to paint.

After some soul-searching, I concluded that I’d been a little too sloppy with the first two rangers, so I spend a little more time on highlighting and detailing this time around, though I’m not sure if it shows up too well on the pictures. 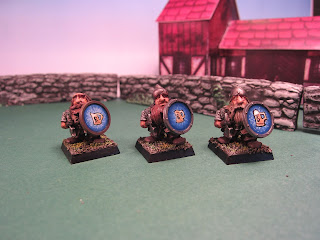 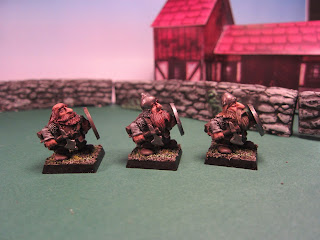 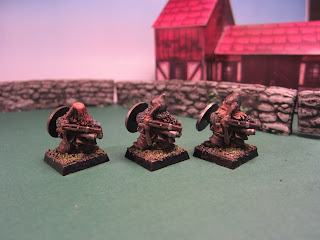 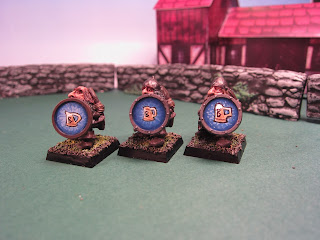 I didn’t really expect to finish the skaven – they were primarily there to give me something to do when the dwarfs were drying – but to my utter amazement, I managed to get them done as well, which means that I’ve painted a personal-record-setting six figures in a week! Yay! 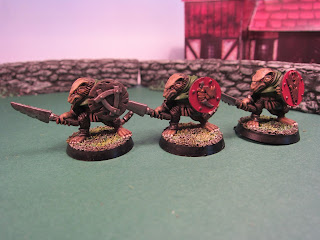 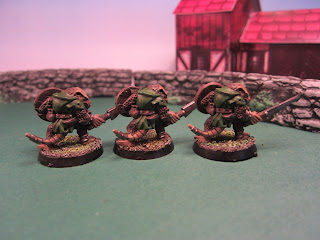 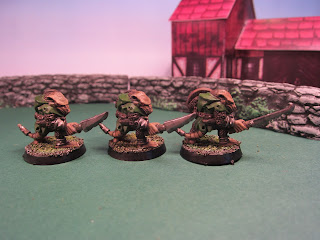 Sadly, I haven’t yet discovered exactly how to get consistently good photos of the minis, and something messed with the colors this time around. I’ve tried to correct it in Picasa, but they are still a little washed-out. Oh well, just one more thing I need to practice, I guess.